Huel alternative that is organic?

I know you’re not running organic because profit reasons. Do you have a good alternative? I want organic because I think it’s better for our bodies, the animals and the environment. Thanks for any tips. I don’t want to hear any selling arguments why you’re using non-organic, I just want a good and respectable alternative.

What do you mean with “organic”? How would you define that?

Uhm, oats grown without any pesticides for instance.

I don’t think there is a decent one in the UK. And if there was I guess Huel wouldn’t be recommending a competitor’s product.

Maybe not, I was hoping Huel would do though (or anyone else) because our thoughts differ and a good sportsman would do it.

Huel is good at hopscotch and egg and scoop races.

For example? That means you do not even have a proper definition?

There is a website called latestfuels .com
There they even have a list of “best natural and organic” shakes.
You can find almost every information regarding meal replacements there.

Sure Mr smart ass read this then: " organic farming features practices that cycle resources, promote ecological balance, and conserve biodiversity. Organizations regulating organic products may restrict the use of certain pesticides and fertilizers in the farming methods used to produce such products. Organic foods typically are not processed using irradiation, industrial solvents, or synthetic food additives.".

That’s clear enough for you?

Sure thing, reaaaaally good site, I’ve already looked there, and there’s only shit products. Some doesn’t include carbs. Some aren’t organic. Some aren’t listing their leucine contents. Some are just shady. I thought there would make more sense if I asked here because people are maybe more involved and know if there’s anything similar to Huel that’s organic, rather than some “best list” which isn’t a “best list that’s closest to Huel”.

You know any organic alternative?

The only 100% natural organic complete food I’ve ever seen is called Ambronite and it is from Finland. It is much much more money than Huel and I did hear they dropped being organic because it made the product just too expensive.

Have a look over there and see what they’re upto now as I haven’t had anything from them for years.

Regarding the price-quality-ratio Huel gives you the best value. Everything that is called “organic” (whatever that is supposed to mean) is much more expensive.

I’ve been using Ambronite for quite a few weeks. Taste profile is much worse if you ask me and hecka-crazy-lotmore expensive.

Why don’t you just frankenstein one for yourself? What you’re asking is either crazy expensive (Ambronite) or non-existant.

The main organic competitor that we know of is Ambronite as a couple of people in this thread have mentioned, but this is approximately 5x the price of Huel (depending on what you buy and how you buy it, of course).

I’d actually recommend you have a read through this page on our website which features a section on pesticides.

The main point: We thoroughly check our suppliers’ processes and the level of pesticides in our products.

There is still Bertrand - much cheaper than Ambronite and the unflavoured version has a nice hazelnutty taste, but the macros are different, so I wouldn’t call it similar to Huel.

Already mentioned here: Will there be an Organic Huel?

oats grown without any pesticides for instance.

That’s not what organic means. 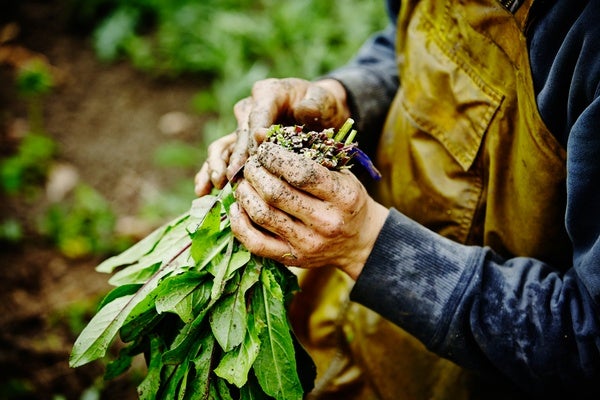 “According to an EFSA report (European Food Safety Authority), 98.7% of organic products did not exceed the legal limits for pesticide residues compared with only 96.2% of conventional products.”

Time For The Truth: Yes, Organic Farmers Can Use Pesticides