So I’ve been on the vanilla flavour for a little while and really like it. Thought I’d give the unflavoured version a try so placed an order for one pouch of each.

First try of unflavoured/unsweetened was yesterday. First thing that struck me was how much thinner it is than the vanilla flavour. Using 3 scoops normally makes a lovely, thick, almost porridge-y shake with the vanilla; with the unflavoured stuff the shake is thin and watery - why is that? I’m surprised that removing the flavour and sweetener would change the consistency at all, let alone as dramatically as it seems to.

Also, even when using the flavourings (there was no way I was going to drink it straight), the unflavoured stuff has a vaguely sour/off taste that still comes through and actually left me with a bit of a stomach ache. On top of that there’s a grittiness to it that catches in the back of my throat, and is pretty unpleasant.

This may just be my imagination, but the thinner consistency seemed to make it far less filling too. Although I wasn’t hungry immediately after (which may have been thanks to the stomach ache it gave me), I was ravenous within a couple of hours, which doesn’t normally happen when I’m on the vanilla flavour.

It’s weird, I thought the unflavoured version would be the same as vanilla, just minus the flavourings; but it’s SO different that it seems like it must be a different product entirely - is that the case?

Anyway, I’ve tried it a couple more times since yesterday with different flavours, and even mixing in some vanilla version; however, it’s still disgusting. Might stick with it another day or two to see if I get used to it (although it’s the texture that bothers me as much as the flavour), otherwise the bin is beckoning.

Just a hint: try with less water…
And yes, they are different products, why would they need the same amount of water?

That is the point… U&U needs much less water than Vanilla!!! There is too much water in your U&U! U&U and Vanilla are not the same products, why would they need the same amount of water? That is the first thing I have noticed, when I have drunk my first U&U meal! See my review of U&U here: https://translate.google.com/translate?hl=fr&sl=fr&tl=en&u=https%3A%2F%2Fplus.google.com%2Fu%2F0%2F%2BNicolasRobaux%2Fposts%2FPJmL2M8uju9 Here are the amounts I’ve found to be correct, for the same thickne…

Yeah, as I said before I just assumed that U/U Huel was the same product, just minus the flavourings and sweeteners (which I think is a perfectly logical assumption tbh). Didn’t appreciate that it was a completely different product in its own right.

I do the water by eye, so can’t say exactly how much I use, but I think it’s approx 400ml water with 3 scoops of Huel, plus about a teaspoon of flavouring (although even that doesn’t seem like enough). Will reduce the water to see if I can get it to a consistency I’m happier with…

We recently added extra emulsifier (gum arabic) to U & U, so hopefully the problems you describe above will be gone in future batches.

Julian - can you clarify a little here? How is U/U a different product? I also made the assumption that they are essentially the same, but one is flavored and sweetened and the other isn’t.

I ordered a sample pouch of the UN.

I didn’t like it, but adding some frozen berries made it taste nice.

@Arno, I really hope you haven’t had the same experience as I did when I made this post some time ago.

That would mean that the batch they had issues with at the time has not got rid of, but is either making a return or it’s now sold to people who have not tasted the non-dodgy batch of U/U Huel yet.

Thanks everyone for the suggestions - unfortunately I don’t have access to a blender so adding bananas/berries isn’t really an option. As such, I think I’m giving up on the U/U Huel.

As suggested, I tried it with less water in order to get a thick milkshake-like consistency that I like (I found using 250ml with 2 scoops of U/U and 1 of vanilla worked well) but then there was so little of it volume-wise that it was really unsatisfying. Also, using so much less water really increased the grittiness catching at the back of my throat - to the point where it actually started making me cough.

Thought I’d have a straight vanilla shake for lunch today, which may have been a mistake as it just served to remind me how much I dislike U/U. Vanilla is heavenly manna by comparison. 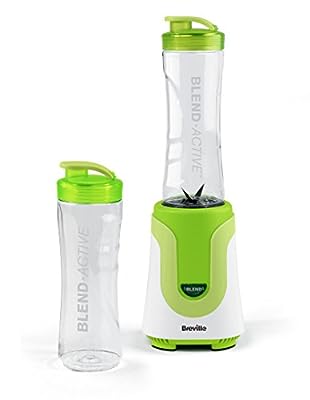 That’s what I use, it’s great for 2 scoops. I fill 3/4 full with water, add 2 scoops, blitz for 5 seconds. It can blend ice without a problem, so some frozen fruit wouldn’t be a problem.

@Julian can you confirm you’ve added extra emulsifier as of now? I made my first U/U and kept it in the fridge overnight. 500mls of water and 100g of Huel U/U and it’s really watery. Will try with just 400mls of water tomorrow. But I want to be sure the next order for my subscription will have the extra emulsifier, otherwise I will change my order and wait before I order any more. Thanks.

Yes the emulsifier has been added.

Hi Julian, can you tell what’s the ratio of emulsifier / vanilla extract I can add to u&u 1.1 so it’s like the vanilla one. I bought a lot of u&u 1.1 and I’m finding it hard to pass it through, I’m thinking on transforming.

Also should I do that per serving or can I do it over an entire pouch?

I had the u&u with 300ml of water and two scoops and it’s watery as anything I had to put one scoop of vanilla with it to make it more palatable( After I put 1/2 of chocolate and 1/2 TSP of strawberry flavour system), just to thicken it up

I can’t understand how the extra gun Arabic has thickened the u&u to the same level as the vanilla, which I love. The u&u does taste chalky but I’m going to try it with milk tomorrow and a scoop of vanilla just to balance it up

Has anyone tried HUEL with sweetened soya milk?

300ml of whater for 2 scoops is WAY too much water, a normal portion of huel is about 4 scoops, and with vanilla the portion was roughly half a liter of water probably less but with ice, like… really, just use less water