Has Huel fallen behind? Have they stopped innovating? I tried Supersonic Food

So a bit of background: I’m a Huel v2.3 customer, I started with that and really liked it. I was eating 50% original diluted with 50% unsweetened (as I can’t stand sucralose). I haven’t tried v3.0 as it still has sucralose and I heard bad things about the new formula. What worried me most (next to sucralose) was that it is supposed to be smoother, and I really liked the texture of 2.3. Then came Huel Black without sucralose. I don’t need the higher protein content but would have accepted it, but it doesn’t contain oats anymore. I like the taste (and idea) of oats and would not want tapioca instead of it. So I never considered Black.

And now I got an ad on Instagram I think, for Supersonic Food. They are another polish company, but now they also deliver to Germany. It looks like almost everything I was looking for:

Vegan protein (without soy, 38g), oats, they are sweetened with coconut sugar, xylitol and stevia. They contain nothing that would worry me.

What I wanted to say with all this, is that for me to buy Huel (powder) again (I like Hot & Savoury and just ordered my first bars), you need to innovate (change the recipe). What I’d like to see is a white or black recipe similar to the current one, still with oats, but without sucralose. And ideally to see some innovation as well, please add algae oil. If you don’t overdo it, it probably won’t taste like fish.

They’ve changed and refined the formulation what, 7 or 8 times in the 6 and a bit years since they launched, launched 5 different product lines, gotten into profit and firmly established themselves in the industry – not bad going and hardly what you would call sitting on their laurels.

they are sweetened with coconut sugar, xylitol and stevia

Xylitol consumed in any kind of quantity is famed for triggering explosive diarrhoea, so I definitely wouldn’t touch a food product that used that in any kind of regulalrity. Huel already use both coconut sugars and stevia in their products.

And ideally to see some innovation as well, please add algae oil.

how is that innovative? it just seems like change for the sake of it adding a more expensive ingredient with no additional benefit to the ones currently used.

I would argue for the opposite side - that is to not change anything in the current core product line
Sure play about with flavors, bars, H&S etc
But change, be that core ingredients, texture, taste of the Powders or Ready to Drink would be a major drawback

I regularly use xylitol in my kitchen and know a lot of people who do so as well, and never heard of anyone I know that had issues with it.

Regarding algae oil, that is supposed to be the best vegan Omega 3 when considering quality and amount of EPA and DHA included, so that would be definitely an improvement. As far as I know MANA includes it (never tried them as there are things about their formula that I dislike). I do take algae oils supplements regularly, they started to appear here in Germany.

I mean they changed the texture and some people do not like it (as I mentioned I never tried it) so changing it back might be an improvement.

And changing sucralose to something that is less of an issue (there are newer articles out there about its downsides) would be definitely an improvement.

Regarding xylitol I didn’t say Huel should use it, I mentiond that Supersonic includes it, what I’d like is for them not to use sucralose. But that was one of the things I mentioned, I don’t care whether it’s the white or black one, I’d like to have a huel powder without sucralose but with oats.

Ecosystem Reinvention would be preferred; rather that dabbling in the final 0.5% ingredient

Huel offering branded 13.6 Litre Milk Coola Bag In Box Milk Dispensers, on subscription, delivering weekly Ready to Drink in recyclable 13.6 Litre boxes by a fleet of electric vehicles - somewhat like milk was in the 1980’s

Powders are ok, but getting masses on long term mixing and shaking isn’t going to happen - and getting 30 RTD bottles every two weeks in my recycling (plus wine, gin, beer etc) is not ideal 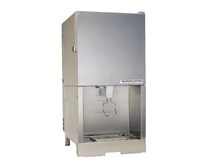 I definitely remember v3 originally coming out with seaweed (or similar) as a natural source of certain vitamins or minerals (the exact details evade me). There was a huge uproar over it due to the very small risk of shellfish contamination…. meaning people were arguing over whether it was still vegan, but more importantly there was concern in regards to seafood / shellfish allergies.
In the end, after much debate, the seaweed / algae / whatever it was, was removed. Some people were unhappy. Some were happy. You can’t please everyone

I’m not buying Huel again until they add MDMA. Best superfood ever.

That was kelp powder. Algae oil is different as it is grown in sweetwater farms as far as I know. I might be mistaken though.

Still on form I see @hunzas

Ah yes that does sound right!

Living on Southern Europe Huel Powder, U&U, costs me 352.80€ per 16 bags of 1720 grams each. Delivery cost included. 272 meals of around 400Kcal each.
Looking into Supersonic site, for 18 bags of 1500 grams, I get 270 meals also rounding the 410 Kcal each. But for a 12% discount over the regular price I still have to pay 539€. And shipping cost is not included.
A price difference increase of circa 53%.
Not being an organic product, and without an unsweetened version, the missing ingredients I can supplement if needed.
Don’t see a difference enough to change from Huel.

I’d like to have a huel powder without sucralose but with oats.

you could just add some ground oats or oat milk to Huel Black yourself then.

In Germany both deliver free of charge. I haven’t checked price differences for huge orders, but for 2 packages Supersonic is a little bit more expensive than Huel (white) and cheaper than Huel Black.

Yes, they do not have U/U which is great to have. At least with Huel that’s essential for me to dilute sucralose. Without sucralose it might not be so important. Supersonic tastes bad. It does not taste bad because it’s too sweet or their sweeteners taste bad (here I can’t be sure) but because their flavors and probably the ingredients taste bad. Diluting that with U/U of their own wouldn’t help much.

Huel is now a big part of many peoples lives. While I am happy to see Huel bring out new products. I am always nervous when changes are made to the flavours / ingredients of existing products.

It takes time to find the right flavour and mixture that works for you, I would rather have a stable product base and enjoy what Huel already offer which is a great variety.

(KelpGate made me sad as I am allergic to shellfish)

you need to innovate (change the recipe). What I’d like to see is a white or black recipe similar to the current one, still with oats, but without sucralose. And ideally to see some innovation as well, please add algae oil

Why don’t you buy U/U and add some Xylitol, algae oil and flavour yourself and then you have exactly what you want?

It’s not possible for Huel to have a recipe which would please 100% of people. That’s partly why U/U exists. It’s a base for people who don’t want sucralose to create their own recipes.

the idea is great but the end result not so much. I ordered vanilla and peanut butter. They include oil in separate sachets, that is a hassle to add and also a bit disgusting. The texture is ok, but it tastes bad.

Sounds like Supersonoc foods needs to innovate judging by that glowing 11/10 review.

Thanks for the topic, really enjoyed catching up on this this morning.

Why don’t you buy U/U and add some Xylitol, algae oil and flavour yourself and then you have exactly what you want?

My first thought was exactly this from Coup. We have an Unflavoured Unsweetened version of Huel so you can make it your own.

oats, they are sweetened with coconut sugar, xylitol and stevia.

Although I would hardly call this the pinnacle of innovation. We don’t use xylitol for the laxative effects and overall prefer sucralose for flavour. Black Edition uses coconut sugar and stevia. Our range has hugely extended over the past 18 months. We make fewer tweaks to formulas of existing products now, as you can read here, making changes to something which is a staple of people’s diets isn’t popular. I’m not saying we won’t tweak v3.0 or Black Edition but just saying we do it less frequently. We can’t make a product which makes everyone happy but have massively increased our options of artificially and naturally sweetened product ranges. Half our range is artificially sweetened and half our product range is naturally sweetened/not sweetened at all.

would not want tapioca instead of it.

Tapioca isn’t really instead of oats. Black Edition is designed to be lower carbs, so it’s not like we’re replacing the carb content 1:1 with tapioca. Tapioca is in there in small amounts to improve texture.

@Dan_Huel would be best places to retort to this. The fat content/ratio/source is one of the underrated USPs of Huel, I know the nutrition team are very proud of it, so I’m sure they will have something to say about this.

On the topic of real innovation though (not just releasing products with slightly tweaked ingredients), we have some incredible stuff planned. 2022 will be huge.

I would love to know what innovative products you all would like to see? Drop them below!

The fat content / ratio / source is one of the underrated USPs of Huel, I know the nutrition team are very proud of it, so I’m sure they will have something to say about this.

Dan’s away this week, so I’ll respond. Yes, we are proud of the fatty acid profile of Huel and we’ve covered this in detail here.